Skip to Main Content
It looks like you're using Internet Explorer 11 or older. This website works best with modern browsers such as the latest versions of Chrome, Firefox, Safari, and Edge. If you continue with this browser, you may see unexpected results.

How to search for manuscripts

How to get hold of the material?

Utrecht University Library houses about 700 medieval manuscripts. Most famous is undoubtedly the Utrecht Psalter. This masterpiece dating back to the 9th century has been the subject of many studies and exhibitions.

However, there are many other renowned manuscripts, for example the Liber pontificalis from the chapter of St. Mary's Church in Utrecht, illuminated by the Master of Catherine of Cleves, the monumental Zwolse Bijbel, and a number of beautifully decorated books of hours. Most manuscripts originate from Utrecht.

The collection contains over 1000 post-medieval manuscripts, including about fifty works written by the Utrecht historian Aernout Buchelius (1565-1641).

There are about sixty collections of archives, including the archives of historian Pieter Geyl,  theologians H.F. Kohlbrugge, J.H. Gunning and A.A. van Ruler, the literary critic P.H. Ritter and the pharmacologist David de Wied.

Also the Utrecht Organ Archives are part of the Special Collections of Utrecht University Library.

Finally the library houses a large collection of written lecture notes from the 16th century onwards, many related to veterinary medicine.
﻿

The collection of manuscripts also contain approximately 100,000 letters. A small part is described in the Catalogus codicum manu scriptorum and its Supplement; the greater part can be found in the archives. Almost all letters in the collection up to the 1990s are included in the national automated catalogue of letters, the CEN (Catalogus Epistularum Neerlandicarum). The CEN can only be accessed on the internet (users not affiliated with Utrecht University Library must have an ILL account).

On the 6th floor of the Utrecht University Library you will find a reference library, next to the reading room for special collections and map room. Here you can consult reference works in the fields of manuscripts, early printed books, maps and atlases, and private collections. Part of this library is for loan.

For an overview of the different rubrics in the reference library PDF's per material type are available (in Dutch):

How to search for manuscripts?

Searching for a specific Utrecht manuscript

If you are looking for a specific manuscript from the Utrecht collection, you will usually have a manuscript number or a call number.

Each manuscript has a call number or shelfmark, indicating where it can be found in the depots, for instance 1 A 7 or 6 F 12. Manuscripts having the same size are put together. All manuscripts which were held by the university library in 1909 also have a catalogue number. They are described in a (to a large extent Latin) catalogue (in book format): Catalogus codicum manu scriptorum Bibliothecae Universitatis Rheno-Trajectinae. Part 1 is compiled by P.A. Tiele (1887) and contains the descriptions of Mss. 1-1582. Part 2 is compiled by A. Hulshof (1909) and contains the descriptions of Mss 1583-1907, with additions and corrections to part 1 and a cumulative index. Copies of this catalogue can be found in the reading room of Special Collections and in the reference library.

In the printed catalogues by Tiele and Hulshof the manuscripts are numbered by language and subject, and not by size. For instance the manuscript with call number 5 A 11 is Ms. 149, 3 H 3 is Ms. 150, 4 F 20 is Ms. 151 etc. In the literature it is usual to refer to the catalogue number, sometimes the call number is also given between brackets, but in a single case only the call number is given or even older call numbers such as Eccl. 455, Hist. 176, Hist. Gen. 87 of Var. 338.

Acquisitions bought after 1909 do not have a catalogue number, so they only have a call number, for instance Ms. 5 J 26, the Book of Hours of Kunera van Leefdael, bought in 1973. They are described in the Supplement (Mss. 0 A1-29 C 18) which can be consulted in the reading room, unless it concerns medieval manuscripts, lecture notes or letters which have been described in other publications.

Updated descriptions and numerous illustrations of the medieval illuminated manuscrips - previously described in the Catalogus codicum manu scriptorum and in the Supplement - are included in an English printed catalogue: Koert van der Horst, Illuminated and decorated medieval manuscripts in the University Library, Utrecht. An illustrated catalogue (Maarssen/'s-Gravenhage 1989; Cambridge 1990). All miniatures and historiated initials, and also examples of illuminated initials and margin decorations are depicted in this book. In total there are 732 reproductions, of which 23 in colour. Two supplements in English to Van der Horst's catalogue are available in PDF: volume 1 (manuscripts acquired between 1989 and 2010 and loose manuscript fragments) and volume 2 (loose manuscript fragments and bound remainders).

On the website of Utrechtse Kronieken some manuscripts containing chronicles have been digitised, transcribed and translated.

Besides manuscripts or large parts of them, you can find hundreds of manuscript fragments in the collection, most of them dating back to the Middle Ages. The fragments mainly consist of fly leaves from manuscripts or old prints. They used to be kept separately in boxes or folders with a separate catalogue number or in one of the six Charter boxes. In 2009 a start was made with briefly describing the fragments in boxes, folders and Charter boxes and to give them a number, for instance  Ms. fr. 4.26 (the 26th fragment in Charterbox 4). The fragments which start with numbers 1 to 6 are from the Charterboxes 1-6, and the ones beginning with 7, 8 or 9 are from the Thomaasse collection, Ms. 1003 (3 K 10) or are still fly leaves in manuscripts or old printed books. The inventory of the manuscript fragments is not made available to the public yet. In 2018 a book about a number of these manuscript fragments was published, Perkament in stukken​.

At Special Collections a distinction is made between 'collections' and 'archives'. Collections are books and/or manuscripts and related material coming from certain persons or institutions or consist of material dealing with a particular subject. Examples are the J.H. Gunning collection, the collection of the Dutch Reformed Church and the Jeanne d'Arc collection. These collections are also included in the Digitaal Repertorium.

Over sixty of these collections contain only or also manuscripts. For instance letters, drafts of publications, notes, reports, lecture notes, lectures, poems or diaries, and also diplomas, photos and other affairs from someone's life and academic career. The older archives often consist of pieces with their own manuscript call numbers, the more recently acquired archives are arranged in boxes according to subject and catalogued via an inventory (for instance Archief Geyl, inv. II, about 'correspondence with wives') Most archives are catalogued in folders in the reading room, a number of them is still being processed. A number of archives has been described in printed inventories, to be found near the catalogues in the Reference Library.

An ever increasing part of the collection of manuscripts is digitised and are made available online.

In this way the documents are 24/7 available and great tools for teaching and research purposes. There are two ways to find out if a work is electronically available: 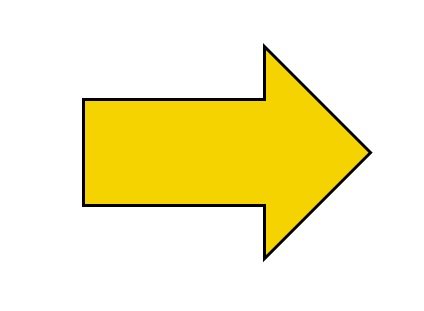 How do I get hold of the material?

The Reading Room of Special Collections is where you consult manuscripts and archive records. We recommend you to request the items some days in advance. Very precious or vulnerable manuscripts are on the restrictions list and can only be consulted with the permission of the curator. Some archival records have such a restriction too.

Please fill in a form at the desk of Special Collections on the sixth floor of the Uithof University Library, or send an email to library@uu.nl. 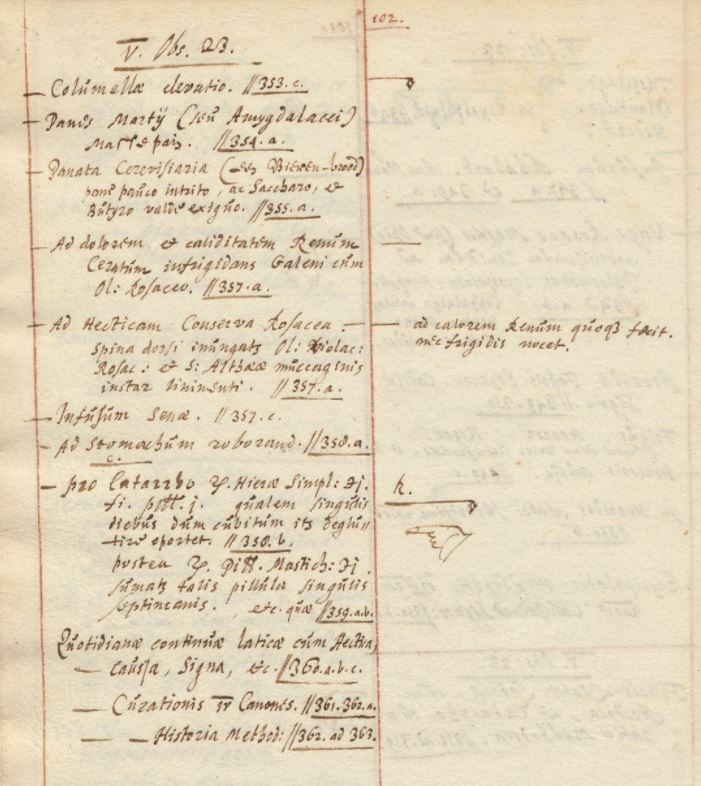 Utrecht University Library owns over 2000 lecture notes: notes that lecturers made for their lectures, or notes students made during the lectures. Most of them are from Utrecht University, but there are also lecture notes from the universities of Leiden, Groningen, Amsterdam, Leuven, Paris and other places. There are notes from famous professors such as Theodorus Beza (Geneva, 1580), Justus Lipsius (Leiden, ca. 1583-4), Herman Boerhaave (Leiden, 1725-30), Georg Wilhelm Friedrich Hegel (Berlin, 1830-31), Johan Rudolf Thorbecke (Leiden 1838-41) and Jacobus H. van 't Hoff (Amsterdam, 1886-7). The oldest lecture notes date back to 1568-9. Although a number of lecture notes has been described in the Catalogus codicum manu scriptorum and its Supplement, the entire collection is catalogued in Koert van der Horst's Catalogus van de collectie collegedictaten van de Utrechtse Universiteitsbibliotheek (Utrecht 1994) ('Catalogue of the collection of lecture notes from Utrecht University'). Acquisitions from 1994 onwards can only be found in the additions to the Catalogus van de collectie collegedictaten (in progress).